I know that my next review isn’t supposed to be out until next week, but after reading this book I just had to write my opinion on this. This hasn’t been published a whole week and it sounded like a good idea to buy it soon as I could.

“A Torch against the Night” takes place right where its predecessor left off, with the Martial Mask-turned-traitor Elias Veturius and Laia of Serra on the run from the clutches of the Martial Empire. They have escaped, but are now on a mission: to save Laia’s older brother Darin from the perilous Kauf Prison and have him. Why? Because rumor has it he holds the knowledge on sword-making capable of turning the Empire’s steelcraft to dust. 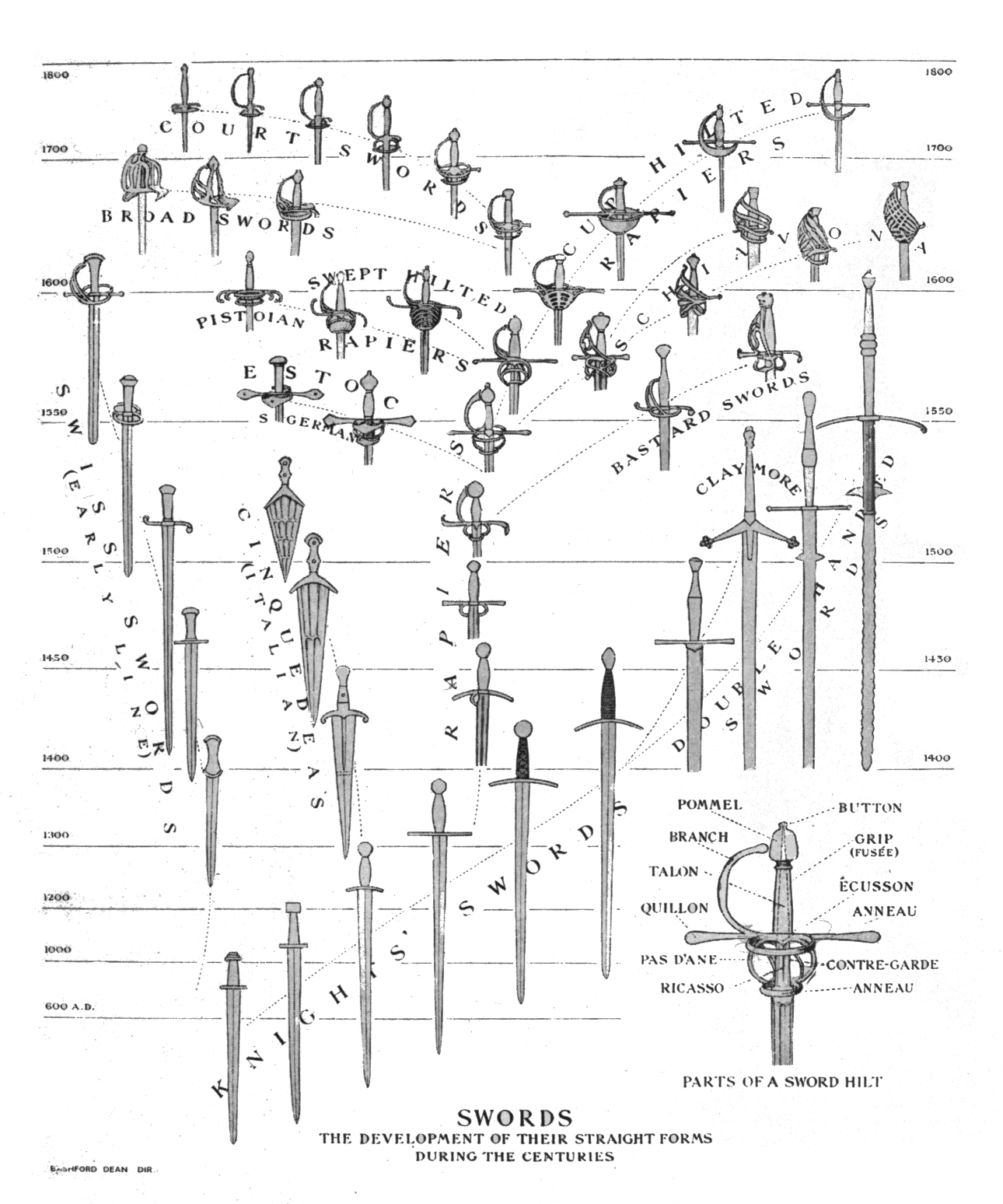 For help, old characters such as the shy but courageous Izzi, a Tribeswoman named Afya who plans to smuggle our heroes into Kauf, and a return of the handsome Scholar rebel Keenan.

However, the odds are not in their favor as of the moment. The Serran Resistance has begun a violent uprising for freedom, the infamous Blackcliff Academy is destroyed, and the Martials have madman Marcus Faraar as their new Emperor. Not only that, but Helene has been chosen to become the Blood Shrike, the hand of the Emperor that kills all who oppose the Martial Empire. And as Elias’ former best friend from their days at Blackcliff, Helene is forced to choose between her friendship with Elias and her duties to the Empire.

With the Commandant, the ruthless Emperor Marcus, a conflicted Helene and an evil jinni called the Nightbringer after them, Elias has little time to save Darin’s brother and himself from certain death. And here’s the icing on this mountainous cake of a story: a mystical being called the Soul Catcher has her otherworldly sights on him.

Will they succeed? Will Laia save her brother from the clutches of the sadistic Warden of Kauf Prison? Will Elias redeem himself as a human in the eyes of literal Death? Will Helene know where she stands between loyalty and her friendship?

Does Sabaa Tahir love making her readers look back and forth at the illustrated maps in the front and back covers of the book? Kind of…sort of…maybe?

*sighs with a look of satisfaction and joy* Where do I start?

Why don’t I start by saying what I haven’t talked about in Sabaa Tahir’s highly acclaimed debut “An Ember in the Ashes”? Well, the first book made so many chances and took so many readers by surprise in its simple but complex characters, its individual setting, and the gritty realism in the fantasy. So what did the author do with the next novel? Increase it tenfold!

Yep, “A Torch against the Night” does what every great sequel to an already powerfully moving novel should; it continues the epic story, complex characters making powerful choices, a deeper dive into the mystical lore of this fantasy world, a look into the villains’ politics, and all while giving action, romance, and graver drama.

Our two protagonists return aflame and ready for battle, but are now on the run from the Empire. In more ways than one, both have changed and are clearly evolving the further the plot goes. Elias has fully abandoned his life as a Mask, yet still holds the killer instinct of one after gaining his freedom. He still retains a sense of sympathy and guilt over his crimes, and shows it with every action and reaction he has. And now that he has a literal pact with Death, he cares for nothing other than helping Laia and her people out as redemption for his sins, even for the linger dark thoughts that come from his mind as a former Mask.

Laia has grown more of a backbone since the last book, which I really admire. Now don’t get me wrong: “An Ember in the Ashes” didn’t show her as a damsel, but it feels refreshing to see Laia grab a sword and fight more alongside her companion when they’re in battle. This is especially apparent as she now has this new power that may be considered a spoiler.

Speaking of friends, I find it funny how now Mrs. Tahir decided to have us see Helene’s perspective in her latest installment into this trilogy. If I recall “An Ember in the Ashes” focused solely on only Laia and Elias’ adventures and had her more as a side character. But now, it’s interesting to see her thoughts and how she feels as the Blood Shrike of the Empire. And surprisingly, I love Helene better now as a main character, since we’re given more depth into her personality. Helene’s smart on her toes, respects her comrades, carries distant empathy to her enemies in battle, yet does everything to be loyal in the end to her beloved Martial Empire.

Even if her Emperor is a conniving, callous and mentally unstable one.

I didn’t mention Marcus that much in the first book other than that he was a former student at Blackcliff student with a few screws loose. Now in the sequel, he’s becomes less of a rivaling bully and more of a controlling sociopath on par with a murderous child. The way he talks down to Helene on her quest to find her former friend, the actions he takes in order to win over support over him as Emperor, all of it makes him a decent side-villain.

Sadly, no one, not even the deceitful Nightbringer of the Jinnis (whose true identity is revealed in an amazing plot twist I dare won’t give away) can compete with the Commandant from “An Ember in the Ashes”. No one can compete with how she’s no longer a headmistress at a school for Masks, but now as a soldier of the Empire. While you felt the misanthropic intimidation drip off of her mannerisms, her actions towards students and her son, suddenly she’s become this murderous woman who wants nothing more than to kill every Scholar for their petty rebellion and manipulate Emperor Marcus for power.

You feel her presence even just by mentioning her name. If Adelina Amouteru is a fantasy (and better-written) version of Anakin Skywalker in “The Young Elites” trilogy, the Commandant is Darth Vader! She murders men, women, and children without remorse or emotion. She’s an unstoppable machine that goes on killing sprees with glee, but always talks so calm and cynically polite. She never flinches if her plans don’t go into fruition, and I love villains like that who have no fear, everything according to plan, and no compassion whatsoever. She’s just so damn interesting!

Even the sadistic Warden of Kauf Prison pales in comparison to her. And that is saying something! The Warden to me feels like he doesn’t belong in Sabaa Tahir’s fictional realm in my opinion. I don’t know if it’s because of his dialogue or his motives for torturing his prisoners in the name of pseudo-science, but he almost acts more like a scientist from the “Escape from Furnace” series.

Honestly, I feel like Sabaa Tahir thought over how to write “A Torch against the Night” and did everything to make it a dark and worthy sequel to such a previously great book. I love how darker and more sinister the world is, how dangerous obstacles become and how much we dive into the lore of this world. Granted, the first book talked heavily about the Nightbringer’s backstory, but the world suddenly shows us more about how the mystical beings such as wraiths, jinni and spirits works in the realm of the living/dead.

Overall, “A Torch against the Night” is a worthy successor to Sabaa Tahir’s remarkable first novel. Like I said before, it takes a thrilling and action-packed fantasy and makes us care deeper for the characters. Tahir, much like other authors such as Kyell Gold, Marie Lu, and countless others, does a wonderful job entwining each and every character with bonds and emotions we can relate to.

Burning with a passion towards the characters and the story, “A Torch against the Night” further pushes the boundaries of what is possible for the young adult genre. I love the trilogy Sabaa Tahir has written, I love her characters, I love her villains, I love the lore and the story, and I cannot wait for the sequel to such a gothic and mythical tale.

2 thoughts on “Review: “A Torch against the Night” (An Ember in the Ashes #2) by the wonderful Sabaa Tahir”