This goes outside my normal criteria, but a good friend of mine recommended this to me and wanted to know my thoughts on it. I’ll be honest and say I’m not a huge reader of books set in the Star Wars expanded universe, but I’m willing to give this a shot. I’ve also never played “Star Wars: The Old Republic” before, but watching the trailers that come out each year makes me want to. 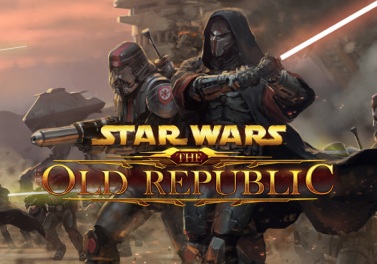 So what do I think of Sean William’s “Star Wars: Fatal Alliance”, a prequel set several millennia before the original trilogy we know and love?

Set thousands of years prior to the events of any of the Star Wars trilogies, “Fatal Alliance” is one of a few prequel books for the Star Wars role-playing video game, “The Old Republic”. It has been ten years since a treaty was formed between the Galactic Republic and the Sith Empire, and a dreaded cold war between the light and dark superpowers have begun. However, things may come to blow when a covert auction is announced by Tassaa Bareesh, the then-matriarch of the Hutt cartel, who invites both the Sith and Jedi to outbid each other for it.

To claim the prize, a Jedi Padawan named Shigar Konshi (whose Master is Satele Shan from the game) and emotionless Sith apprentice Eldon Ax (whose Master is a greedy Sith named Darth Chratis) are sent to the auction to steal the item. These include a disgraced Republic trooper named Larin Moxla and a Mandalorian bounty hunter, (not Boba Fett) named Dao Stryver, who’s always one step ahead of everybody in the journey for the treasured item.

What is the item? It’s a map to an undocumented planet on the edge of the galaxy, one that is not just home to resources that may be valuable for both factions, but also the birthplace of a threat to both the Empire and the Republic. Will they claim their treasures, or will good and evil have to work together for the sake of the universe?

Okay, starting off, it sounds like the beginning of a painful Star Wars jokes, doesn’t it? In some respects, there are moments where you just want to roll your eyes, like the heavy narrative, a couple of characters given too much dedicated time, and some of the names being too…um…star warsey? Like there’s ‘Jet Nebula’, a smuggler (not connected or related to Han Solo. Sorry) who helps both the Empire and Republic in dealing with the threat. I have no idea whether that’s a cool name, or if it’s just too corny. Then again, this is Star Wars, so making fun of the names is like making fun of the wizarding spells in Harry Potter.

So how’s the story and writing? Well, it’s pretty low-brow and standard. The writing doesn’t really lend to intense imagery or beautiful descriptions of settings, which is incredibly strange seeing how this is Star Wars, and the franchise is best known for having beautiful backdrops and settings. I wouldn’t mind this much if I thought the some (but not all) of the characters were much more interesting. I’m not saying they’re bland or anything, but when compared to some of the characters we’ve grown to love in the Star Wars movies, and even in The Force Awakens, “Fatal Alliance” feels more like a story that doesn’t contribute much to the lore. I don’t want to try and tell too many spoilers, but nothing is really gained or lost in the end aside from a couple side characters and side villains.

Probably the best part of the novel has to be the last half. Why? Because we see an idea that I don’t think the Star Wars franchise has ever shown: the Sith and Jedi actually working together.

Granted, there’s been plenty of stories out there where two opposing sides must work together for the good of everyone, but I’ve rarely seen a story in the Star Wars franchise, aside from a couple scenes in “The Clone Wars”, where a Jedi and a Sith actually work together. It’s such a good idea that I wish would be touched upon more. It leads to good dialogue, good interactions and interesting perspectives.

There’s a scene where Shigar and Ax’s Master’s meet and switch apprentices in order to keep this (care I say it?) fatal alliance intact, and it’s both tense and kind of awesome. The way the author writes Shigar interacting with Darth Chratis and vice-versa as they work together is unsettling, and seeing Ax help out with Satele shows how much she’s been programmed into the Dark Side. It’s interesting and downright wondrous to read these two opposing characters interact with their enemies and debate as they go on this journey.

I also love how they talk about the policies and political views of the Sith, the Jedi, the light and dark side of the Force. Going in, it sounds like you understand the way things work, that the Empire is bad and chaotic while the Republic is good and peaceful; simple black-and-white logic. However, this logic begins to grey up heavily the more you listen to Ax and Shigar talk to their enemy’s Masters.

You see the flaws, the advantages and disadvantages in each system, like how the Empire gets more things done while the Republic debates more than accomplishes. However, no side is wrong and no side is bad; only the people who occupy each side. I hear this kind of thing is what George Lucas was trying to convey in the prequels, and it’s accomplished more in here because the characters are debating each other while they go on this journey. And for the most part, it works well.

The settings aren’t that bad as well, such as the Hutt matriarch’s palace and the ships and this planet that orbits a black hole. Honestly, I’d love to see this book be made into either a movie or at the very least a video game.

It’s standard in some moments, but exciting in many others. If you’re a fan of “The Old Republic” and are looking to read a prequel, this is not that bad. Maybe I’m talking this way because I haven’t played the game, but the novel’s fine as a standard ‘find-the-treasure-and-save-the-world’ story. If the author had made the idea of the Sith and Jedi working together the main focus, the it could’ve sold to me more. Otherwise, “Star Wars: Fatal Alliance” is just okay.

If you’re reading this Ceddie, please don’t hate me.