*The following fanart belongs to their respective artists.

Let’s revisit a world I’ve grown fond of since finishing “Proxy” over a month ago, and that is Alex London’s sequel called “Guardian”. Before I begin, I should warn readers that despite everything I could, there is no way I can explain my thoughts on “Guardian” with bringing up significant plot details that occurred in the last book. It may not seem like a big deal to you guys if you haven’t read it, but believe me: I cannot talk about this novel without bringing up “Proxy” and the ending. With that said, what are my thoughts on the sequel of a young adult book I’ve grown to love?

After the events of “Proxy”, it has officially happened: the Jubilee has taken down the entire system that has held the world hostage for generations. The Mountain City is abandoned, its bio-engineered Guardians run amok without the network to guide them, proxies are freed and debts are forever gone. Sadly, this has come at the cost of Knox’s life, who sacrificed himself in order for Syd to live on.

And in this new world, the revolution has become the government, with Syd as their figurehead. Now the target of groups who believe killing him will return the world back onto the grid, Syd must go into hiding while rallying the people.Escorted by a quiet yet

kindhearted bodyguard named Liam (with the artwork on the right made by Tumblr user: chapterodactyl-eleven), Syd still grieves Knox’s death in the old world while also trying to help keep his new world intact. However, assassins are not the only thing to be wary of. As the entire world is recovering from the Jubilee, an unusual plague is affecting not just the Guardians but every human in its path.

After learning about the virus’s origins, Syd must join with Liam in finding out the truth of this plague by visiting old wounds, mending current ones and returning back to Mountain City. But will he and Liam succeed in their mission? Will Syd be the savior everyone is making him to be while loving someone else again?

Does the entire plot to this book feel like a cross between Suzanne Collins’ “Mockingjay” and Marie Lu’s “Champion” at all?

Okay, outside of the similarities that come from them, I will give Alex London credit for taking a great dystopian novel, turning it on its heels and making a sequel that gives a wonderful sendoff to characters I love. For “Proxy” from before being a simple ‘fight the power’ novel, “Guardian” goes further by showcasing the consequences of the Jubilee, Syd’s living, his actions and the effect it has on every person living in the new world created.

Six months later, we see Syd growing more as a character I cannot stop praising. It is strange to see him sulking throughout half the book while talking on his role as Yovel, “the savior who purged the corporate system”. Though to be fair, I think it’s warranted with all he’s experienced and lost in the previous book, and then continues to lose in “Guardian”. He feels guilt for Knox’s sacrifice and for everyone else’s suffering he has no control over, and we feel that anguish in each word and each action he makes. There’s a scene in the novel where he and Liam are trapped in a room, and after realizing the full extent of what’s going on and the lives at stake, Syd breaks down in tears in front of somebody he’d never show emotion to.

Once sh*t gets real and everything is on the line though, he goes into full optimist mode and gets the gears in his head working again. He tries to find solutions for his broken world, works out strategy while looking forward and solves problems alongside Liam while trying to survive the anarchy and Marxist chaos his existence caused in the first place. He’s so likeable and such an incredible person to watch that you completely forget about his sexuality towards other guys.

I held doubts at first on Liam’s role in “Guardian”. After killing off a protagonist who, though not attracted to guys per se, did have a genuine bond with Syd, it seemed pandering on Alex London’s part. Knox Brindle left an impact on me and many readers, and now we’re suddenly supposed to like Syd’s new love interest?

Luckily, Liam isn’t a replacement for Knox. He stands on his own as a character, and Alex London beautifully fleshed him, his backstory and genuine personality. Similar to Syd, Liam is spunky with a sense of humor, yet differs by hiding his emotions under a veil of stoical professionalism and a robotic arm. It doesn’t stop there; Liam is complex in trying to choose between his loyalty towards the Reconciliation, his duties as a simple bodyguard, the sins of his past as an assassin and for the boy he loves to death. 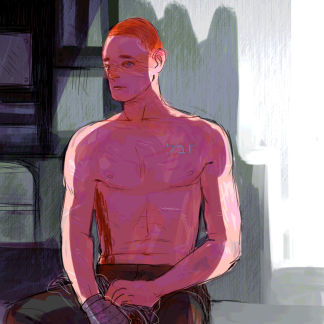 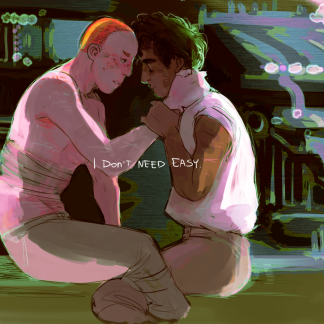 These two wonderful bits of fanart are by: jensuisdraws

The drama and the relationship that is forged between him and Syd are also some of the best I’ve seen in recent readings. It isn’t overplayed or underplayed with their interactions, and I’d honestly love to see more of Liam and Syd together in future books. The way they work off of each other is both adorable and badass to see. That scene where they’re both forced to fight each other to the death in order to continue their journey actually made me gasp in my seat, and praying that both make it out okay in the end.

Their bond is that powerful. These are how LGBT characters should be written in the future. Between Liam and Syd, these two show that a character doesn’t have to be straight or manly to be badass, they just have to belikeable and badass to be badass. Sexual orientation isn’t what defines a hero, and both of them showcase it (as well as Eris from “The Thousandth Floor” in my last review).

As always, Alex London uses a good mixture of vocabulary with diction and syntax to write out various scenes, and segues from quiet and thoughtful moments to intense, violent confrontations. The author’s writing displays that with simple motions and actions. “Guardian” uses Alex London’s distinct style of being blunt and to the point, but retains meaningful heart and story you want to find in many novels.

Old and new characters come back and forth as well, from the Causegirl named Marie returning as a loyal Reconciliation lackey (whose enthusiasm would make Excel blush XD), we see Mr. Baram keep his fatherly role while balancing his new role as a member of the Reconciliation’s Council, and even Finch from the first book wants revenge on Syd for destroying his life. 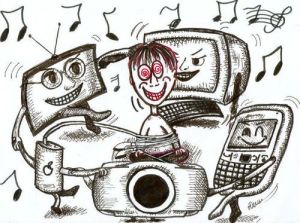 Wait, there’s more: we get other characters who you thought you’d never see again. There’s a scene where the gang meets some of Knox’s old friends from before the system went down, such as Cheyenne and Nine. At first you cannot even recognize them anymore, these simple rich kids who only worried about going out to party now all dirty, wearing half-torn, half-fancy clothes with crazy looks in their eyes. To see them all disoriented, so hopeful for the network to be back on is like watching a drug addict on withdrawal. Again, brilliant satire on how addicted our modern world has become on the luxuries of technology. Not that I’m guilty, and neither are you though XP

If there were one character that left me with mixed feelings, it’d be the villain himself; Cousin. While he does have a commanding presence and serves as a diabolical foil to Liam’s personality, I felt his backstory was rather weak. Or better yet, unexplained because we know nothing about him, why he chose this name or even what he hopes to gain from this new world.

Still, that doesn’t mean the post-Jubilee world Alex London has envisioned isn’t…interesting to say the least. In this world the new government is anti-technology and preachy about equality. This means no property, no debt to any and even words such as ‘owe’, ‘profit’ and ‘transaction’ are banned from speaking in public. It’s very clever how Alex London once again brings thought-provoking critiques on Marxist communism as opposed to laissez-faire capitalism from the first book.

Alex London goes further by introducing more issues such as the risks and pros of individual freedoms, right of speech and how far society can go for equality. Unlike most books, these topics are brought up, then cleverly left up for the reader to analyze on their own. There’s no right or wrong answer, because “Guardian” and its characters slowly realize that there must be a compromise between these sides.

And through these issues, I love seeing Syd trying his best to cooperate with the Reconciliation in order for him to survive, from choosing his words carefully to subtle actions because he knows one wrong move can mean life and death for him. Again, similar to Katniss Everdeen’s situation throughout the “Hunger Games”.

While I do enjoy “Guardian” and think it lives up to the hype, one other thing that irks me is the ending. It didn’t feel rushed or anything, but the way it ended felt like a setup for a third novel. Even so, it does end on an optimistic note about the future, and we do see Syd in a relationship with Liam by the last page.

But still, please make a third book, Mr. London! I want to see more of them! A third book, a sequel short story, an epilogue, that stupid Rule 63 bullshit Stephenie Meyer pulled with “Life and Death”. Anything if it’ll mean we get to see more of Syd!

Overall, “Guardian” remains a compelling read that brings its predecessor to a heart-throbbing conclusion (even if we want more). It has engaging characters that grow on us, a breathtaking world with intricate ideas and a romance that isn’t clichéd, but genuine. While it may not be a perfect ending to some, this is a books series that can reach to many readers. From the LGBT youth wanting to read about a gay action-hero to the simple teenager that wants a thrill, both “Guardian” and “Proxy” give us a unique spin on dystopia for everyone.

You can purchase the book here: https://amzn.to/30KALWV