Warning: this review contains spoilers to both “Openly Straight” and “Honestly Ben”.

If you remember the LGBT Pride Month I held last June, you may remember this one book that really had me gushing, and it happened to be “Openly Straight”. Written by Bill Konigsberg, it told about a gay teenager named Rafe Goldberg who moves to a boarding school across the country, and pretends to be straight in order to have a taste of what he believes is the normal life of a teenager. He is in no way ashamed of his sexuality, but only wants to have others see him as a friend, and not just as their ‘gay friend’. Sadly, this means hiding an important part of himself, and risk his blossoming friendship with Ben Carver, another student who may be questioning himself.

What followed was a story of Rafe re-embracing his sexuality and realizing it isn’t what should define him. Written beautifully and with quirky, nonsensically likeable 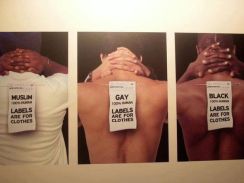 characters, “Openly Straight” showcased how, whether you’re LGBT or not, labels are not what can nor should describe a person.

Now, after a whole year of waiting, this is the sequel book to one of my favorite LGBT novels, a book confusingly (yet appropriately) titled “Honestly Ben”. Bill Konigsberg once said in an interview that he didn’t plan to make a sequel to “Openly Straight”, seeing it as a stand-alone book until he got enough fan requests to revisit a world we cannot get enough of.

Be warned though, this whole review contains spoilers to both “Openly Straight” and “Honestly Ben”. If you haven’t read either yet, skip the review. Granted, the first book’s plot is kind of predictable, but still…what are my thoughts on the sequel?

After the events of the previous installment, Ben Carver is still angered and distant from Rafe Goldburg. Understandably so, since the boy he was questioned his sexuality with revealed a side of himself Ben never knew. At first wanting nothing to do with him, Ben goes back to his everyday life at the Natick School. He studies hard for his classes, he becomes captain of the baseball team (much to the disapproval of Tommy Mendenhall, a jerk who once said homophobic things to Rafe), and even earns a rare scholarship to pay for college.

He has a scholarship, is doing well on the team, and is earning the respect of his 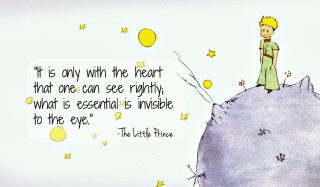 stoic, farming father with his quiet, meek mother in the background. For Ben Carver, life is back to normal, but it isn’t.

Even though spring is on the rise and Ben eventually tries rekindling his friendship with Rafe (who is now dating again), certain issues are not resolves. To top it all off, Ben meets and begins dating an extroverted and quirky girl named Hannah Stroud, who has trust issues of her own.

With a friendship on the ropes, a possible relationship to help forget his ordeal and a scholarship at risk, will Ben fully understand himself and finally be honest with himself, and be honest about his beliefs and feelings to others?

Going into the companion novel of “Openly Straight”, a young adult novel I consider to be important for both gay and straight readers, “Honestly Ben” is a mixed bag for me. Don’t get the wrong idea: this is a really good book, and I am satisfied with the series’ conclusion, but comparing this to the brilliance and commentary “Openly Straight” presented before, the plot to this isn’t that unique. I mean, the first book took the idea of coming out and added an ingenious twist to it, while this one feels like an average coming-out/coming-of-age story.

To its credit though, “Honestly Ben” is still an incredible read, even with the high 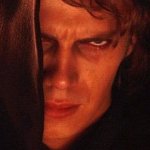 standards. Bill Konigsberg does everything to avoid most of the tropes associated with angst-fueled coming-out novels we’ve seen in the past (hell, I’ve reviewed a couple

of them), and even surprising us with some twists and turns like having Rafe and Ben rekindle their friendship early on only to have it blossom back into a romance. There is still arguing and avoidance between Ben and Rafe, including scenes that make you wanna smack them for some certain dumb decisions, especially regarding a certain calculus test near the end of the story. *stares at Ben*

To be fair, it’s not like Rafe was a saint either. And by the end of the story, I cannot bring myself to have these two protagonists. Some of their decisions are stupid yes, but there’s this personality and charm they have, as well as the deep lessons they learn from their mistakes that make them so endearing to read.

In the first book, Ben was an enjoyable, intellectual jock who’d you’d want to spend hours talking about WWII history with. Now, as a protagonist, his adorkable levels are off the charts. While the anger and mistrust Ben gives to Rafe is 80% warranted, we 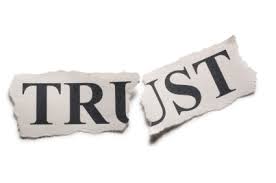 see how torn up and shell-shocked the ordeal left him in. He used to think of himself as being straight, and he still is, but Rafe gives him this sensation that no girl, not even Hannah Stroud, has ever given him.

Oh yeah. I should mention that Hannah is also, while sometimes overtly moody, does have a quirky, extroverted tenacity to her. Unlike Claire Olivia however, she’s more reserved in trusting others and doesn’t take lightly to Ben’s budding friendship/romance with Rafe, until it’s made clear Ben cannot simply give up on Rafe as a friend or even a boyfriend. Much like Genevieve from my last review, you’re torn up on her situation, and want her to have a good relationship as much as you want to see Rafe and Ben making up.

And in the end after much inner monologue and character development, even if she doesn’t fully understand, we must admire Hannah for ending things with Ben on good terms.

Even though he no longer is in our POV, Rafe Goldberg still resonates as a teenager fueled with personality and a mellow attitude on life, he contrasts with Ben greatly. However, it’s their sense of duality and camaraderie that make him and Ben such a great couple. They could go anywhere and it’d be a blast; there’s even this scene where Rafe brings Ben to a slam poetry reading for their first official date, and it’s awkwardly awful Ben until he listens to the poets with Rafe, and they’re both laughing and crying by the time they walk out holding hands.

As for the other characters…what was my thoughts on them again?

“Almost everyone is either doing something strange or minding their own business while making good/bad jokes. As for the side characters, they also light the novel up amid quirky, comedic drama. Rafe’s roommates are just adorkable, the jocks are tough as melted nails, Mr. Scarborough is a quirky literary genius, Rafe’s BFF Claire Olivia is undeniably eccentric, and Rafe’s family is as batshit insane as the characters of FLCL. And I frigging love it! 😀”

So let me reiterate again: I still frigging love them! 😀 When it comes to the supporting characters, they’re either dorky as sin, zany as Ralph Bakshi, macho as a middle-schooler, funny as current politics or all three at once. Toby’s a genderfluid wonderchild, Algie’s a kooky but funny guy, and good lord is Tommy Mendenhall such a 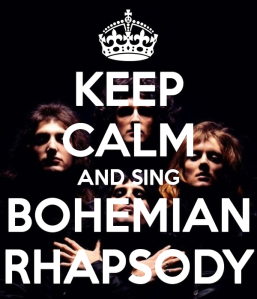 jerkish delight. He may not be a villain, but depending on the page you want to either punch this guy or laugh with him on a joke. These are just the people you want to hang out alongside and sing Bohemian Rhapsody with at a concert! 😄

I guess this comes from Bill Konigsberg’s strange, oddly charming sense of humorous writing. There are parts where one minute a character is doing one thing and the next page being mellow and reading a book. There’s an entire chapter dedicated to Ben and Rafe being chased and attacked by ducks in the city (read the book, it’ll make sense in context). It’s strange, it’s out of left field, and it left me laughing in my chair.

If I had any ill-feelings towards “Honestly Ben”, especially as a followup to one of my favorite LGBT novels, it’d be a couple of pet peeves. One of them involves some unresolved issues, such as Bryce from the first book, is hardly mentioned and is never seen again. Granted, he’s not the focus and we’re told he’s in rehab, but he was such a cute, funny guy in “Openly Straight”, and would’ve wanted more closure with him.

The other is Ben’s father, and how disappointing he is s a character. At first, I was expecting him to be a complex, very interesting man behind the disturbingly stoic father-figure he is to Ben and his family. After the scholarship speech Ben gives near the end, I was hoping too, only for him to just be revealed as a machismo-fueled asshole. Maybe it’s 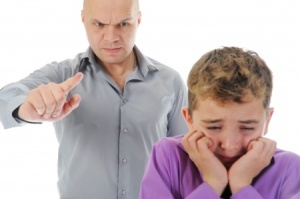 just me, but the way Ben always talked about his father and remembered him left me thinking Richard Carver was a complicated, emotionally strained guy like Tyler’s father in “Twisted”. He had all the credentials as that character, but all we’re given from Mr. Carver is a simple, “You embarrassed me” followed with “Carvers are men”, “you can’t see that boy”, and all the dumb homophobic father trite you can think of.

The letter Ben sent to him in the last chapter was nice though.

As sequels go, “Honestly Ben” takes the concept of labels further and turns it on its head. While the first book mainly focused on the implications of being labeled as one thing, and went deeper when it came to Ben’s sexuality. Throughout the novel, Ben knows he is straight as a pencil yet loves Rafe. He’s not gay nor bi, but just attracted to

Rafe Goldberg the most. Seeing this conflict with everyone saying he’s either gay or bi, even though he’s not equally attracted to boys and girls, is profound. This, plus the incredible backstory of the scholarship and how it mirrors the complications and expectations Ben is experiencing, leaves you breathless. It isn’t the first novel, but I don’t think it’s supposed to be.

“Honestly Ben” is simply, “Honestly Ben.” If you want to read more about the incredible, oddly charming characters and learn how their dilemmas from the first novel ended, this is a great book to end on. Whether we see them again or not, nobody can deny that Bill Konigsberg proves once again his ability to pull at my heartstrings and make me laugh.

If you want to follow this wonderful author on WordPress, here’s a link (you bet I already have): https://billkonigsberg.com/

And you can purchase the book here: https://amzn.to/2K4IHww