In the crime-ridden Gotham City’s financial world, Bruce Wayne has now turned eighteen years old and is about to inherit his trust fund. Not only that, but he is also about to gain all the access of Wayne Enterprise’s high-tech gadgets at his disposal, and is intent on using his newfound power to fix the problems that have plagued Gotham ever since the death of his parents. Unlike his peers, Bruce wants to change Gotham in a better city for everyone.

Unfortunately, all of that is put to a halt for now. A group of mysterious robbers called the ‘Nightwalkers’ have been terrorizing Gotham’s elite. After escaping his birthday party due to the pressures of his inheritance, Bruce unintentionally chases after a Nightwalker on the run and successfully helps the police.

However, now everything is complicated.

The teenage billionaire is now sentenced to community service at Arkham Asylum for interfering with policework, the paparazzi are spewing venom everywhere about his misfortune and the Nightwalkers may be targeting him next. To top it all off a captured Nightwalker, a girl named Madeleine, may hold they key to discovering what their intentions are, and she only talks to Bruce.

With the help of his school friends Dianne, Harvey Dent and his loyal butler Alfred Pennyworth, Bruce Wayne must juggle his new life as a young billionaire with surviving the Nightwalker’s attacks. Can he accomplish them though, and be able to use his wealth to save the city he loves? And how will this threat affect his life in the future?

For those who are unaware, “DC Icons” is a book series where popular young adult authors write their own stories of the comic book company’s most famous heroes, including Batman, Superman, Wonder Woman and even Cat Woman. At first glance it isn’t that bad of an idea, but does it give a new twist to superheroes that have now become our version of Greek mythology?

Short answer? Yes, but how do you ask?

In “Batman: Nightwalker”, Marie does here what she always does best: writing believable characters in a limitless world, and that is an accomplishment given the source material. 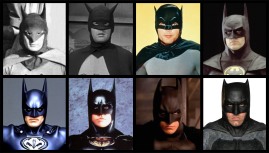 Batman is a character that has been through almost every kind of iteration you can think of, from the campiness of the 1960’s to the disturbing reality of today’s cinemas, but there has almost never been a story like this. We’ve seen plenty of Batman stories that talk about WHY Bruce became a crime-fighter, but now HOW he did, especially as a teenage boy; long before he becomes Batman. There’s been a couple of iterations like the TV show “Gotham”, but rarely is there any adaptation that shows the iconic superhero in his teen years before he started training.

Marie Lu’s version of Bruce Wayne is wonderful. He has all of the smart and intellect you expect, but he still stands as his own character. He’s a hot-headed teenager with a gigantic trust fund, but he’s well-spoken and strategic about being the center of attention in Gotham City. I really like how he thinks one step ahead, and knows the consequences of his actions that will affect his family’s name (as well as future events). There’s even some additions to this novel that I really enjoy regarding his character. For example, Bruce is going through the conflict of whether or not he would be considered the spoiled rich boy and is incredibly careful about the paparazzi who love to exploit stories about him.

In fact, Marie Lu does a fantastic job of fleshing out the characters you want to have fleshed out in a Batman story. This isn’t a fanfiction story with their names plastered on; it feels like an actual Batman story with the Batman character you grew to love. Alfred is still the fatherly guardian crisp in British sarcasm, Lucius Fox is still the 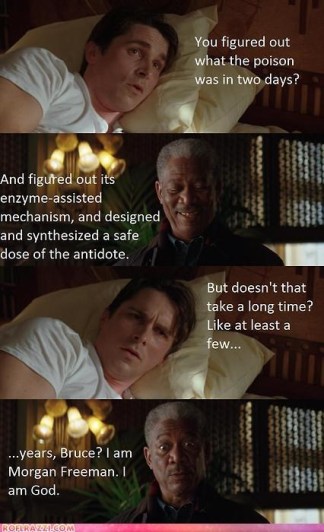 tech-savvy Morgan Freeman-impersonator and the night Bruce’s parents were murdered is very relevant in his mind. There’s even mention of the Luthor family in one early conversation.

Harvey Dent is given more time as Bruce’s best friend, and you can see the hints of his unfortunate role as a villain in the future based on his troubled home life. Whenever they’re together in the same room, I love the interactions between them. I love seeing how far Bruce will go to help his friend and vice-versa, which makes what you know will happen to Harvey even more tragic.

Then we have new characters such as Richard Price, son of Gotham City’s mayor and ex-friend of Bruce’s. It would’ve been so easy to interesting backstory that is quick to grasp, serving as a fascinating parallel to our protagonist. His rich father is alive but doesn’t love him and resents Bruce for being the favorite son of Gotham despite working just as hard to win approval.

And speaking of parallels, Madeleine is another extremely fascinating example of justice vs. vengeance. Throughout the book you have absolutely no idea what she is thinking or planning, and half the time the reader will be scared of her. The way she’s described as a fragile china doll who could snap your neck, and from the unnerving interactions where she peers into Bruce’s soul. The most terrifying thing, when you know her motivations and true backstory, is whether or not Bruce could’ve become her.

“Batman: Nightwalker” is a fun, action-packed, young-adult mystery that carries the same themes of any Batman story that focuses on justice, but also dives deeper into the subjects of privilege, duality and overcoming tragedy during childhood. There aren’t as many twists and turns (at least, some you can’t see a mile away), but this book still captures what Batman is all about. The writing is quick and witty, the narrative character-driven with complex themes and the personalities shining as bright as the Bat Signal in the sky.

Once again, Marie Lu exceeds expectations and goes beyond what you expect.

You can purchase the book here: https://amzn.to/2MaCykS

One thought on “Review: “Batman: Nightwalker” by the awesome author Marie Lu”